The Surf club house is a two storey house located in Shoalhaven heads.

The Design optimises its facade toward both the northern aspect and multiple views to the ocean. This is the closest house to Shoalhaven Heads beach.

The owners worked with us to design a home that would blend seamlessly with its surrounds, highlighting the natural environment. Some of its sustainability features include its lightweight construction, which used an efficient combination of timber and steel framing, on-site roof water collection for reuse internally and in the garden. The site contained some suitable native plants which were kept and provided an established garden outlook at completion of the building.

Durable and fire-resistant Hardies Scyon fibrecement cladding was used throughout and a horizontal sunscreening system on the northern windows. Thermally efficient low ‘e’ glass was used and there was also an integration of sustainable materials such as managed forest hardwood timber floors, a natural timber feature stair element and high performance insulation.

The home’s layout is a linear plan arrangement, with living spaces on the upper level to take advantage of beach views. There are two bedrooms on the upper level and two on the lower level. The layout maximises access to the northern sun for the living and rumpus spaces. It affords excellent cross ventilation and a connection to covered outdoor living decks and to native gardens.

The unique features of this project are its careful integration with the existing natural vegetation on and around the site and it’s upper level pop-out master bedroom module (with sun control and privacy  screen) to the street facade, which overlooks the surf club across the road. A welcoming open entry court to the street, with recycled timber features create an inviting access into the landscaped open courtyard. There’s also an internal glass front lift between levels, so it’s fully accessible.

The owners have found the home a comfortable fit for their lifestyle since they took over the completed property. Being the closest house to the surf club the house was given an aptly named identity of the surf club house. 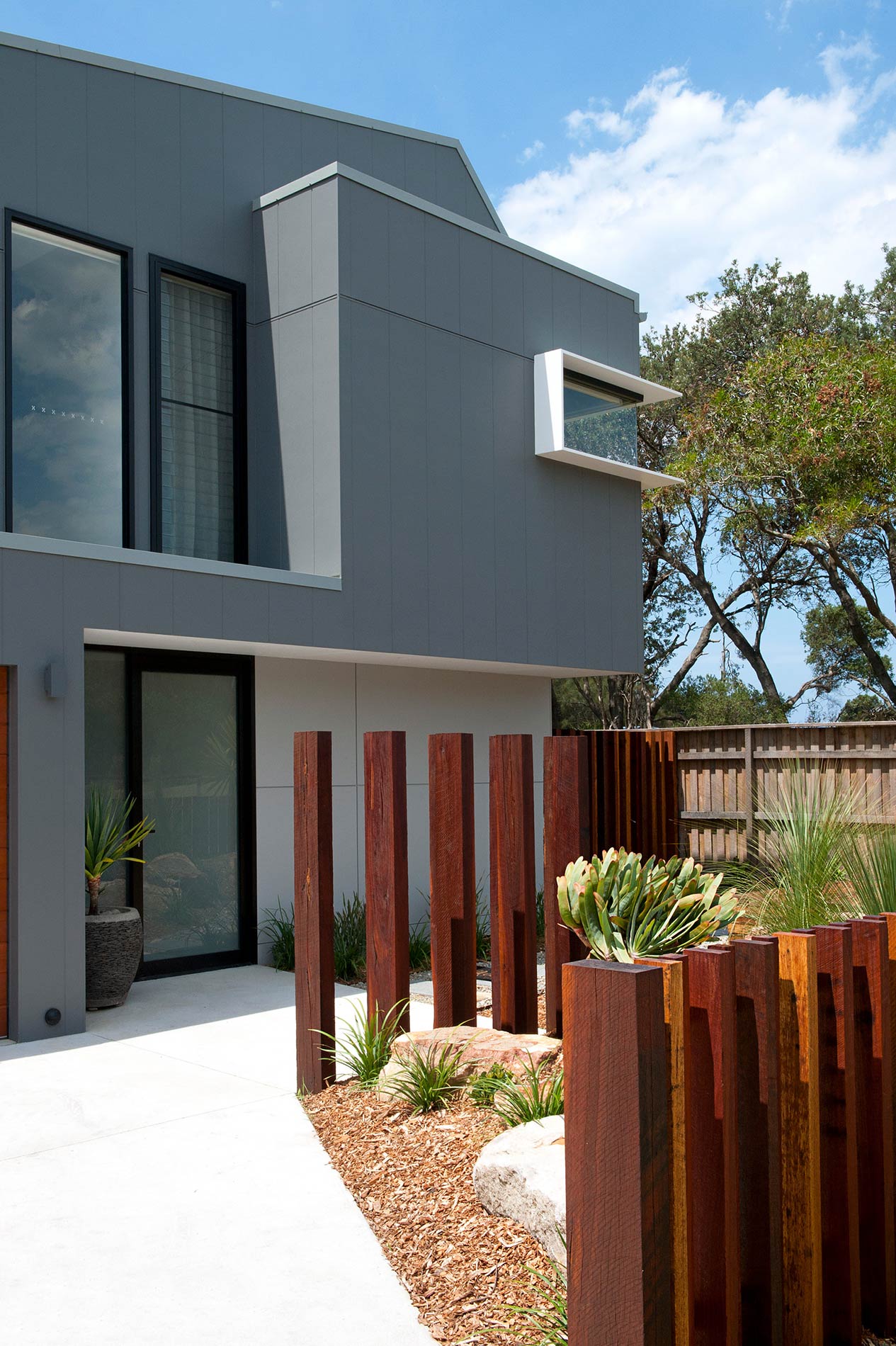 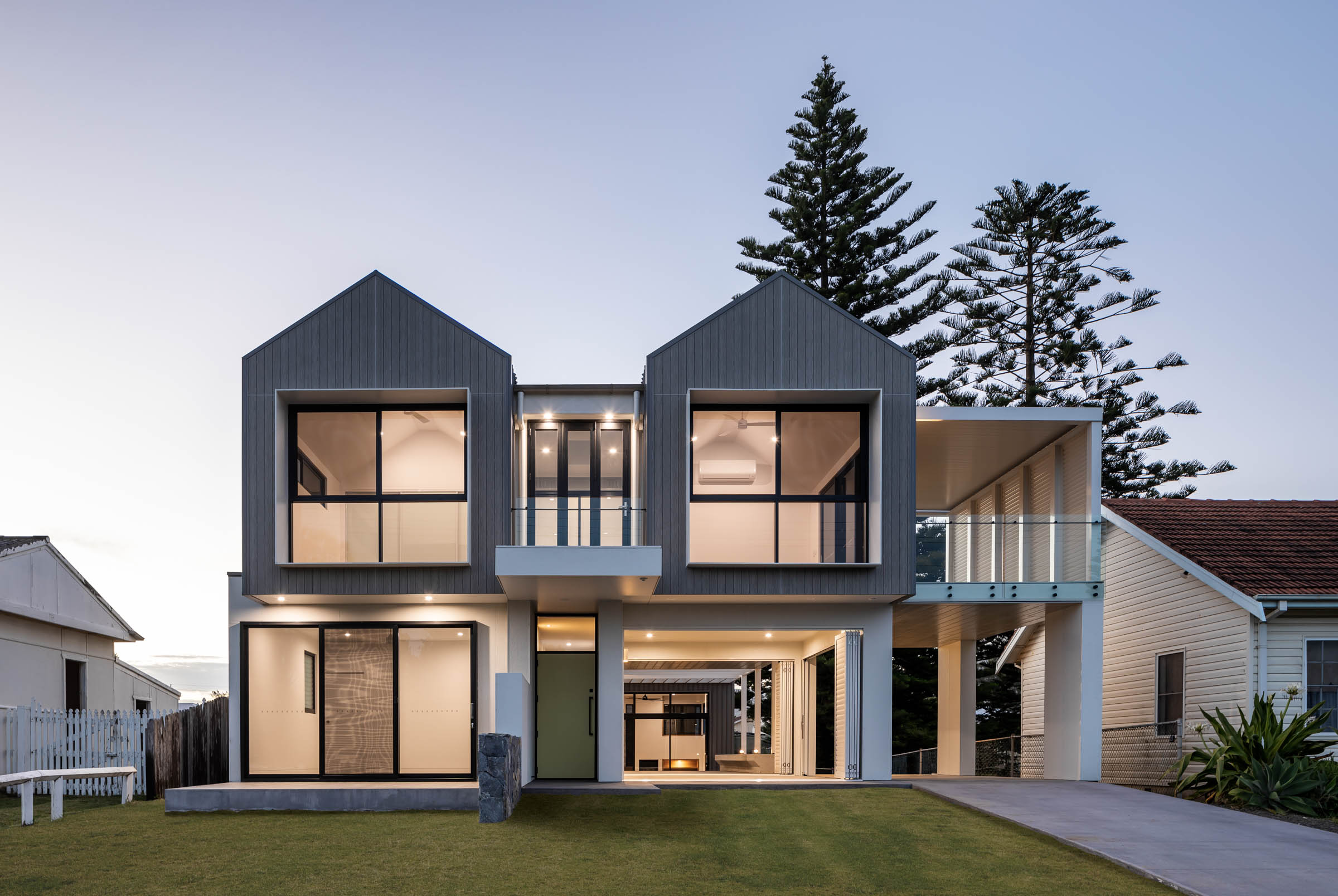 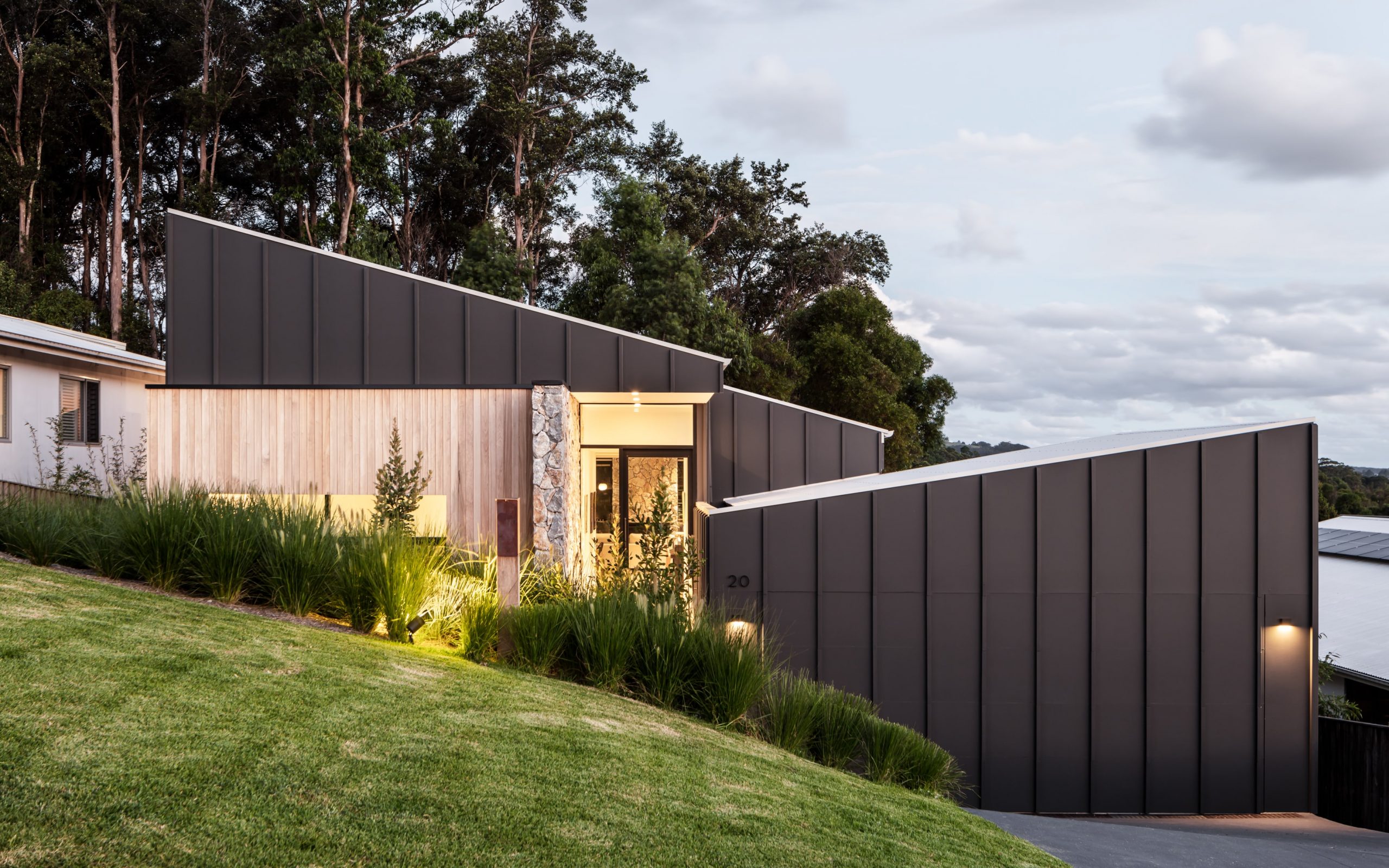 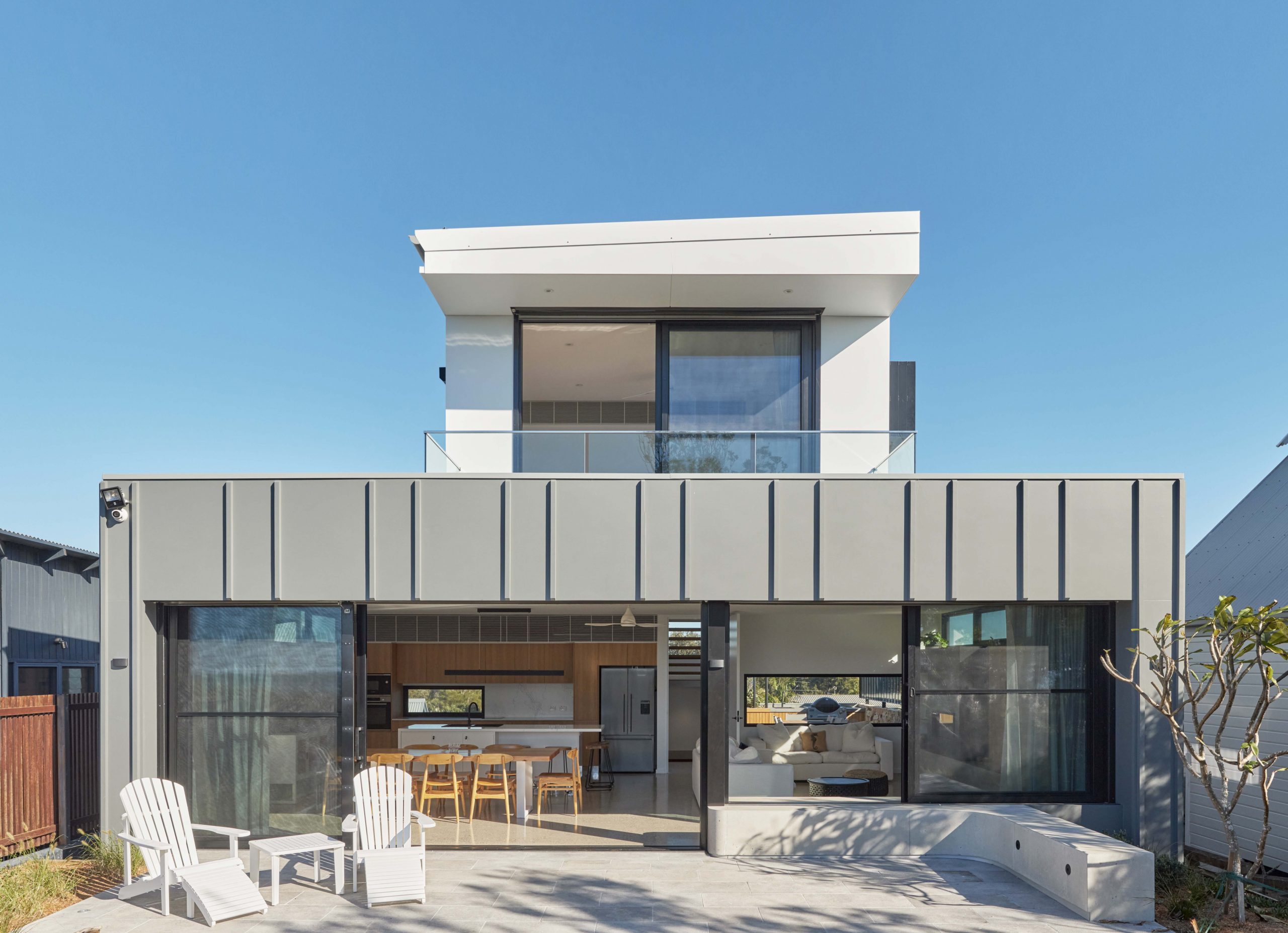 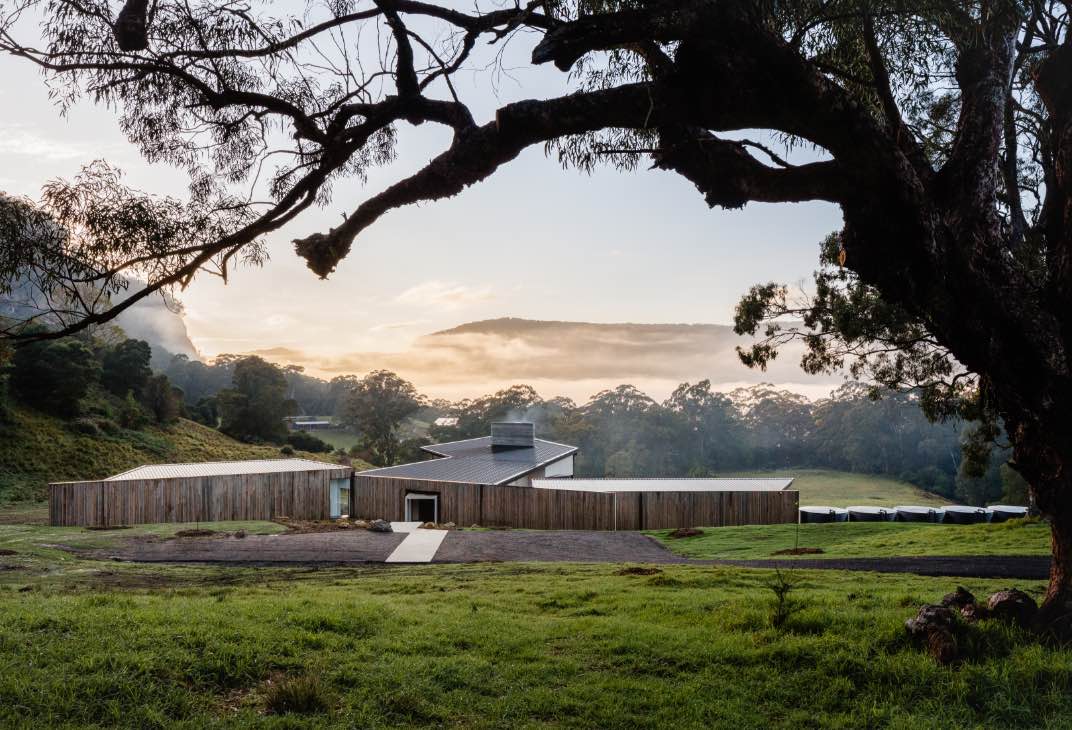 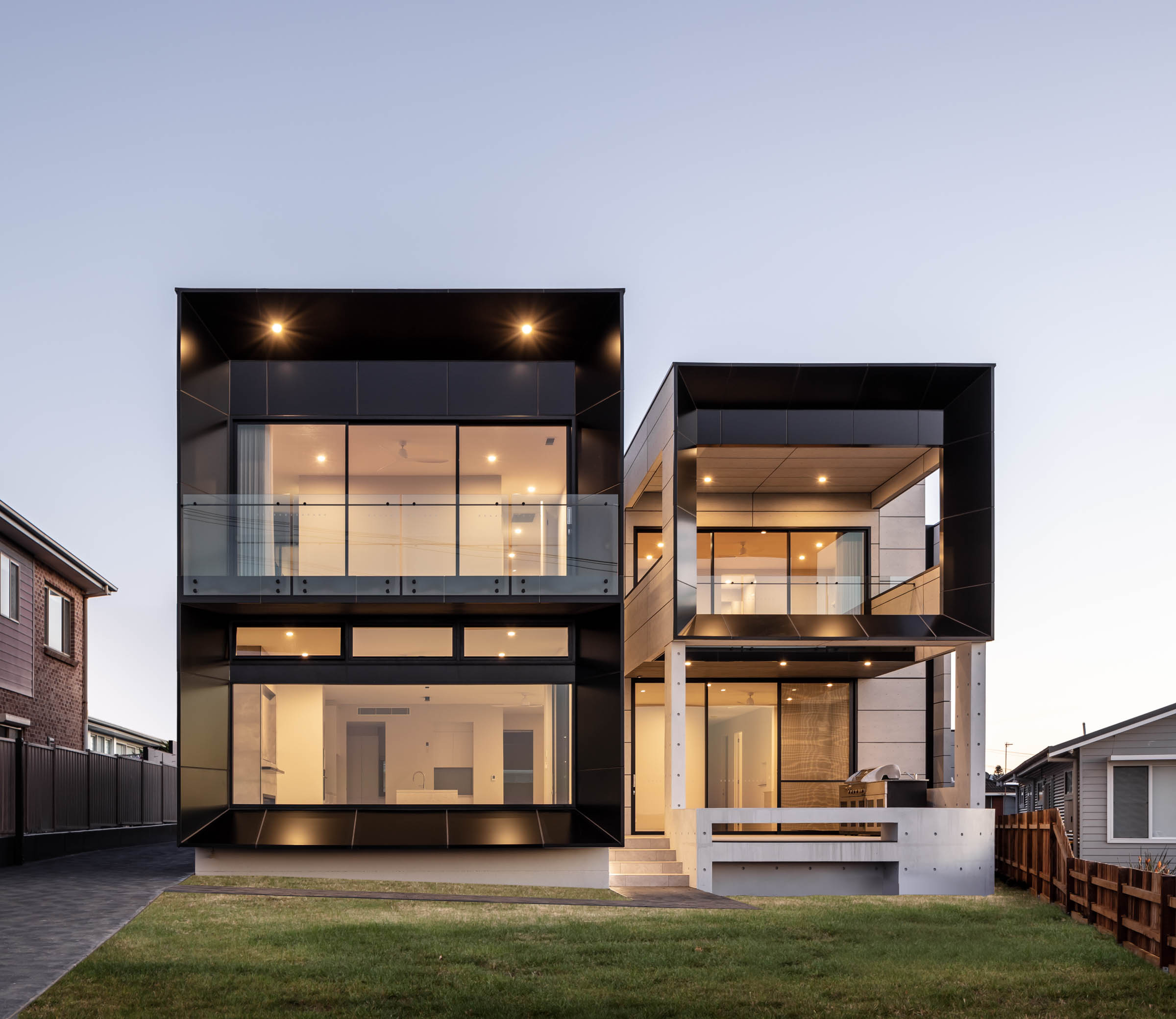 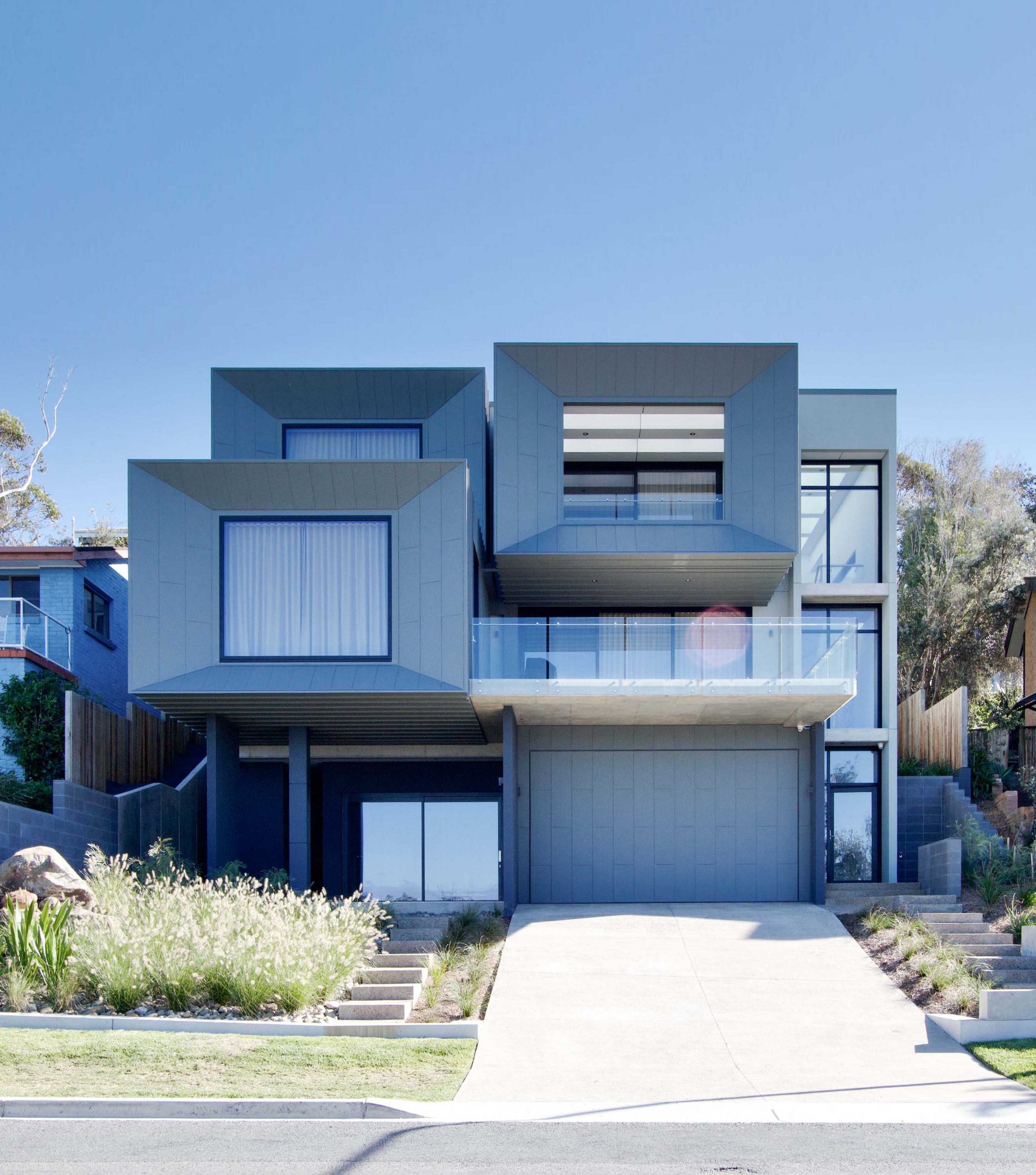